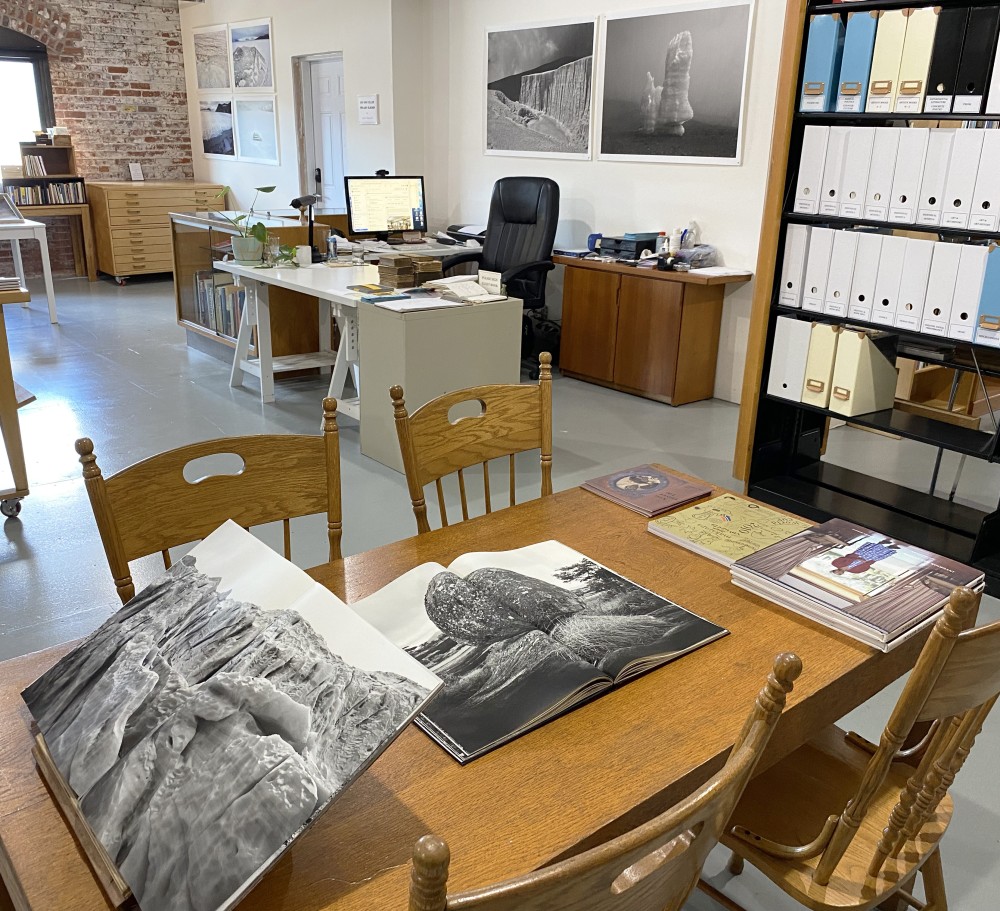 That’s what I thought my first store would be called, the phrase taken from a mysterious rubber stamp that I found on a New York City street in the 1980s.

Instead, it was The Bridge Bookshop that I opened in the East Village in 1987 — just as the overheated gallery scene was ending — and closed in 1989. That same year, I helped Steve Clay establish Granary Books in the City, and then (after a brief return to commercial typography), left New York for Albuquerque, where I opened Passages Bookshop & Gallery in 1994.

I arrived in Portland, Oregon, in 1997, and throughout the aughts Passages operated out of a basement studio at the Falcon Art Community. At the end of 2014 I moved Passages Bookshop to the Towne Storage building in Portland’s Central Eastside Industrial District, where for most of a year I shared a  fabulous top-floor studio and the best view in the city with colleagues Adam Davis and Kate Schaefer of Division Leap. But when summer rolled around, we learned that the building had been sold, and it was time to move again.

From 2015–2021, Passages Bookshop operated in a retail storefront in the Merrick building on NE MLK, two blocks north of the Oregon Convention Center. Of the many memorable events in the shop over those six years, perhaps the most notable was the “Just Off-Site Literary Festival.” During the same weekend in March 2019 as the annual AWP conference, which took place at the Convention Center, we hosted 18 readings featuring more than 130 writers, which brought more than a thousand people through the doors!

We had a brief 45 seconds of fame in the wake of a break-in on January 1, 2020, during which intruders smashed display cases and made off with more than a hundred rare (and in some cases irreplaceable) volumes. A local newspaper article mentioned that a signed Patti Smith book had been taken, and when she somehow got wind of the story, she generously donated a box full of signed first editions of her books. That story truly went viral, and landed us in The Guardian and on All Things Considered. In the wake of the burglary we had the help and support of many friends and strangers, and got through that difficult passage just in time for the pandemic.

In early 2022 we moved to our new location in the Upshur Warehouse in NW Portland, where we have more room for books, and wonderful neighbors. We’re open by appointment or chance, and look forward to seeing you soon!